We had a lovely day yesterday, it was our 5th Anniversary and Josh’s 27th birthday!  I want to share one of my favorite recipes with you today, it’s my cornbread recipe.  Like most favorite dishes, this one holds a special memory.  Let  me tell you a little story…

I made cornbread for Josh’s 20th birthday.  It was the summer before my senior year at USF and Josh and I had been dating for a few months.  The baking bug had bit me and I wanted to make something special for Josh’s birthday.  Unfortunately, he isn’t a big fan of cake (I know!).  He is, however, a big fan of cornbread.  I made up a recipe using the back of a cornmeal bag and a recipe I found in a magazine and I gathered all the ingredients and baking supplies I needed and headed over to his apartment.  When I got there, I put the bag of ingredients in his fridge and we went out for dinner.  I could barely contain my excitement through dinner, he was going to be so surprised!  When we got back to his apartment, I made him promise to stay out of the kitchen.  I mixed up the cornbread and stuck it in the oven, I felt super sneaky!  When the cornbread was done baking, I took it out of the oven, stuck some candles in it, and called Josh into the kitchen.  He was surprised!  He blew out the candles (I assume making a wish that someday he would marry me) and I began taking the candles out to slice up the cornbread.  Oh, no!!  The wax from the candles had melted inside the cornbread!  In all my excitement, I didn’t even stop to think that the wax candles shouldn’t be put directly into hot baked goods!!  I cried.  Josh hugged me and put on Brad Paisley’s “Little Moments” song and we danced.  It is one of my favorite memories.  Seven years later and I’m still using the same recipe.  This time, I remembered to let the cornbread cool before putting the candles in. 🙂 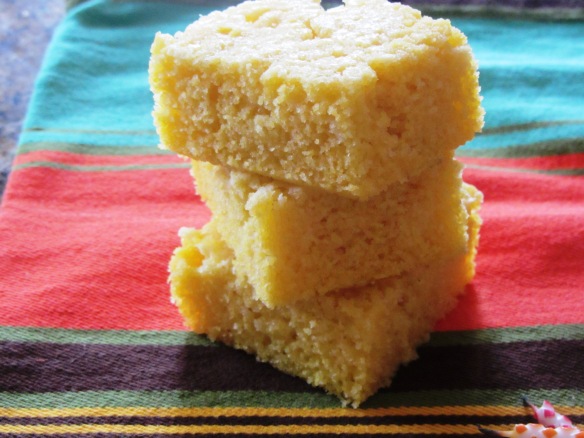 Preheat oven to 375.  Set aside an 8-inch square cast iron pan (or grease a regular pan).  Combine butter, oil, sugar, and eggs in a large mixing bowl.  Blend in milk, flour, cornmeal, baking powder, and salt until the batter is just blended (a few lumps are ok).  Pour the batter into pan and bake for about 25 minutes or until the surface springs back lightly when touched.  Remove from oven.  Serve hot or warm.  Cool completely if you’re going to put birthday candles in it. 🙂 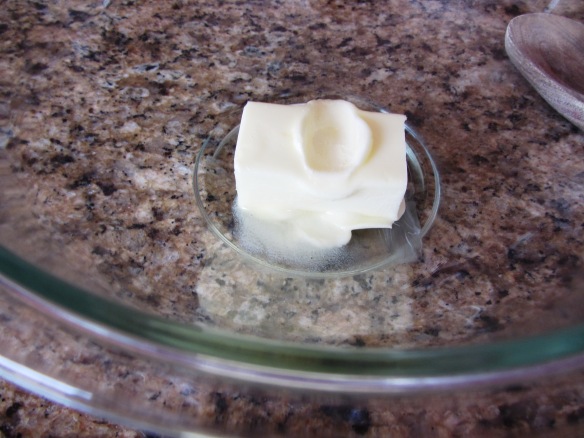 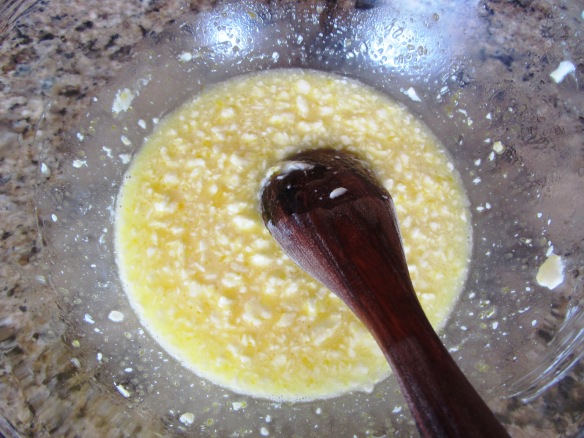 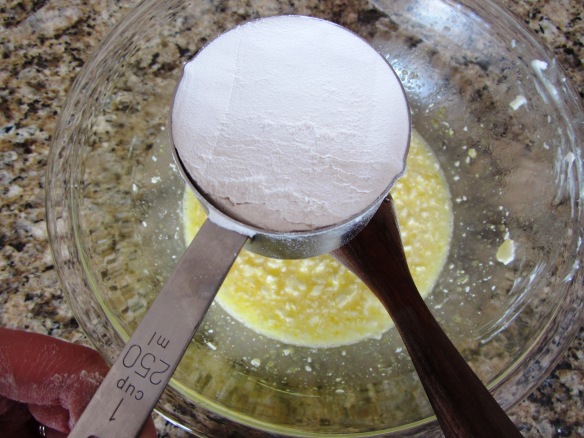 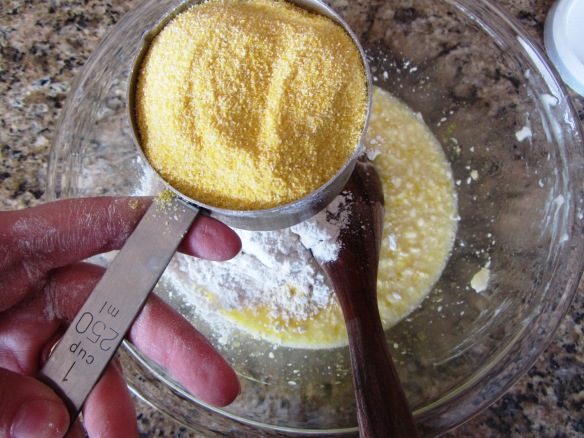 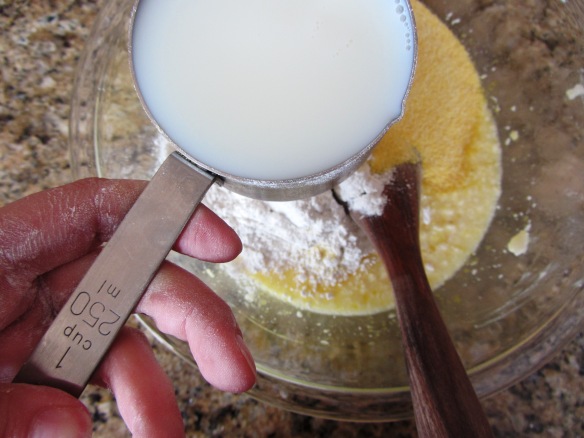 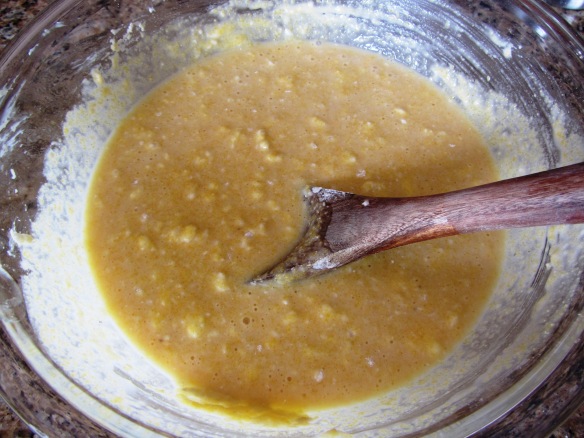 Mix until combined. Don’t worry if there are a few lumps.

Pour into cast iron pan. I recommend you use cast iron, because you end up with a nice crust on the outside of the cornbread.

Ready for the oven. 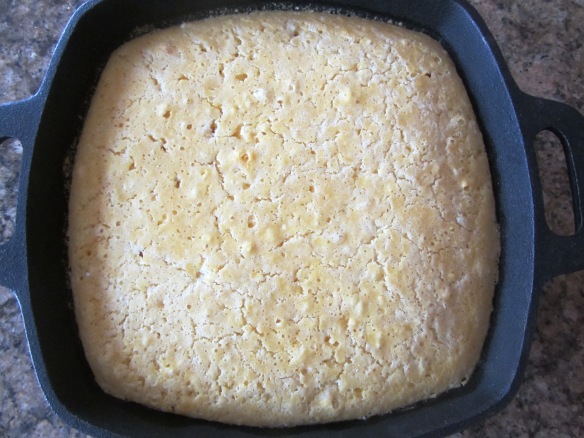 Done after 25 minutes! I think I’ll let this cool off… 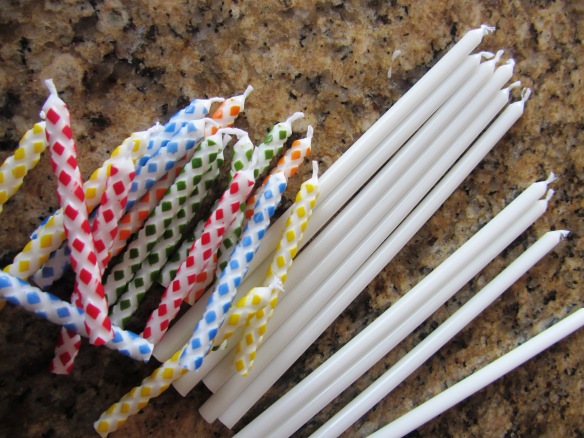 The candles can be patient this time. 🙂

The plates can wait too. 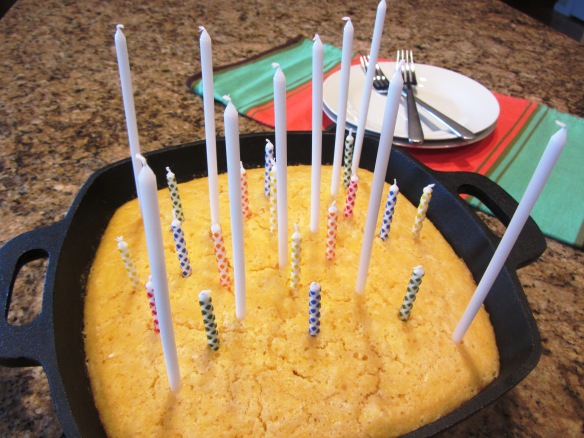 The candles are lit,

and the birthday boy is ready!

Now we can finally eat it! 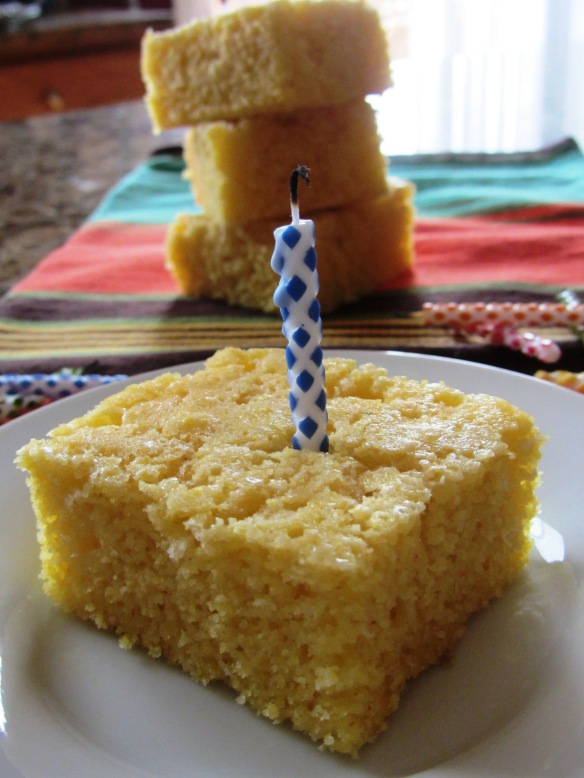 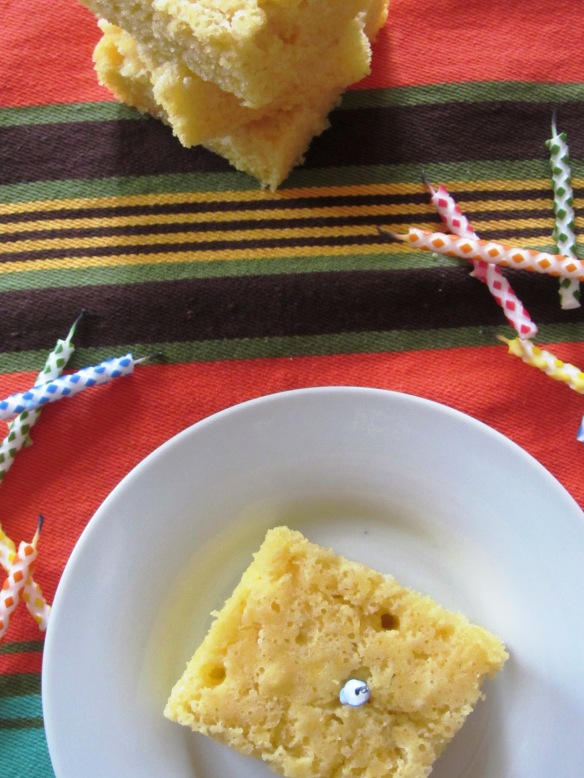 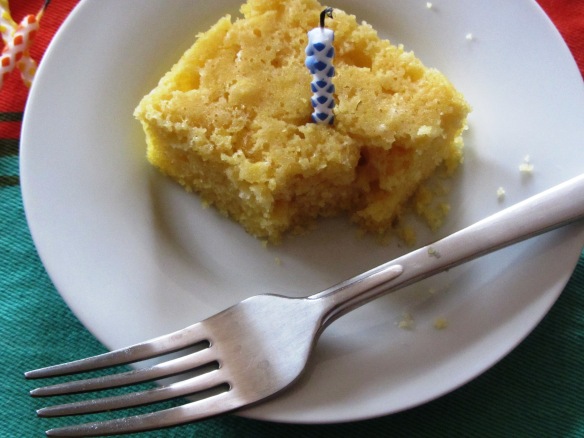 The birthday cornbread was a success! Josh declared that it was the best batch of cornbread I’ve ever made. 🙂

The cornbread and the day we had were a success!  These last 5 years of marriage, like the cornbread, just keep getting better.  Happy birthday and anniversary to my Joshua.  I love the man he is and I can’t imagine having a better teammate in life. 🙂  Here’s to many more batches of cornbread!

Thanks for letting me share this memory with you!  Hope you all enjoy the rest of your Sunday!

1 thought on “Best Ever Cornbread & a Happy Birthiversary”